Martin Johnson is undoubtedly England’s greatest captain – he is a World Cup winning captain, a Grand Slam winning captain, and a twice British & Irish Lions captain. In his glittering career, together with all these trophies, he has picked up 84 caps over 11 years.

His first international steps were with the England Under-18s and although having graduated to Leicester’s senior squad in 1989 he then spent some time playing in New Zealand. Following his return to England he received the call to join the England squad in 1993 for the Five Nations and in 1999 was made captain of both club and country.

Under his captaincy Leicester became the powerhouse of English and European rugby – the only club to successfully retain the Heineken Cup in 2002 as well as achieving many trophies between 1997 – 2002. But the crowning glory for this warrior of English rugby must surely be Australia 2003. England battled their way through to the final of the World Cup where they faced Australia, the hosts. His experience, leadership and playing skills brought a fantastic victory for England and the Webb Ellis Cup capped a brilliant career. He retired from international rugby in 2004 and club rugby the following year.

In 1997 Martin was awarded the MBE and in 2004 the CBE. He still lives in Leicestershire with his wife and family and has many business interests. He is well known on the sports dinner circuit and is also involved with RFU’s Rugby Camps for youngsters.

“I have been fortunate to enjoy a sporting life and am only too aware of the devastation that spinal injury can bring. Daniel Nicholls’s story is one that must have a happy ending.  I am proud to be able to stand on his behalf and make whatever contribution I can to ensure that his hopes and those of similar individuals are fully realised”.

Help make a cure for spinal injury become a reality

Some of our partners include 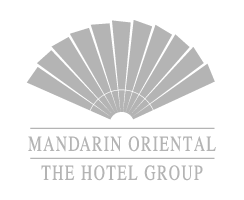